The movement of people and goods in Northern Virginia is directly related to the scale and distribution of population and jobs throughout the region. Understanding recent land use changes in the region and forecasts of future growth is a critical step in the development of TransAction, Northern Virginia’s long-range transportation plan. 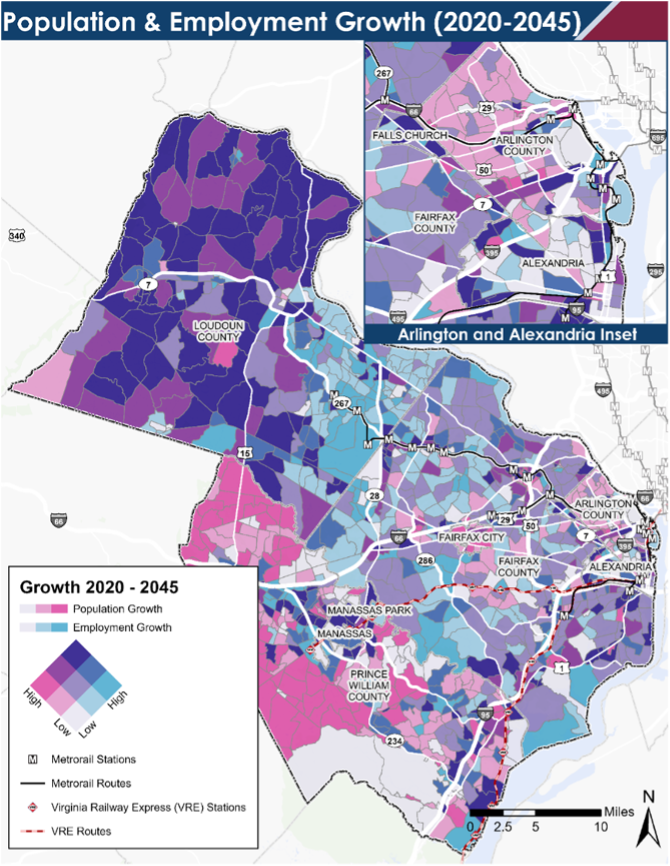 Source: MWCOG Cooperative Land Use Forecasts Round 9.1a 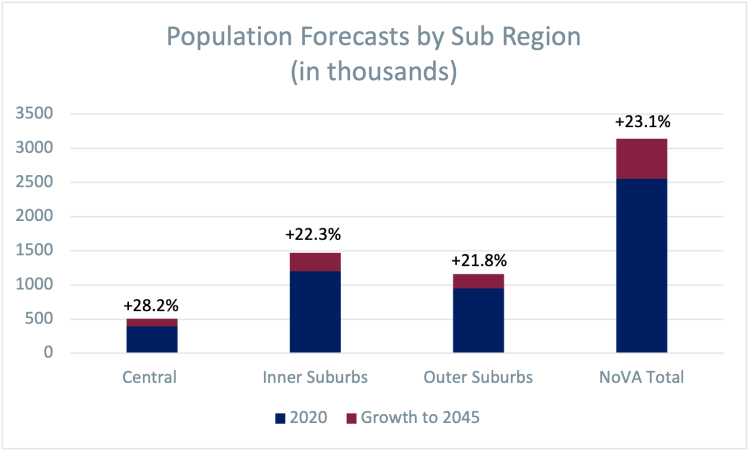 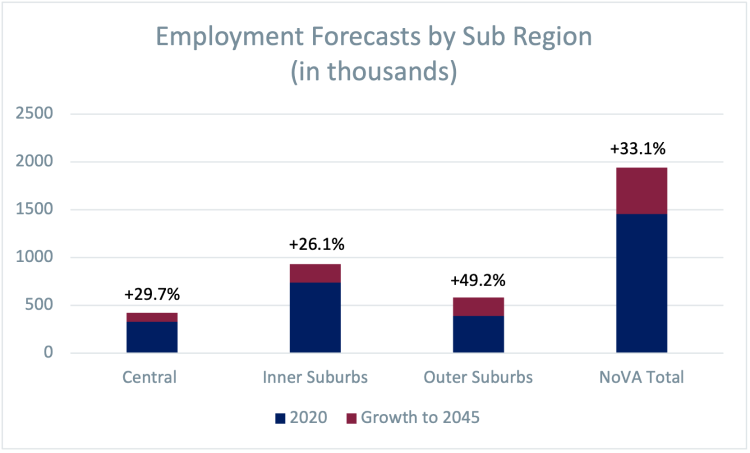 Overall, growth trends may influence travel patterns in a number of ways:

Stay tuned for the next edition in this blog series, which will focus on expected changes in travel patterns and how Northern Virginians will be impacted.